These are memorials in and around London.  London has some of the most wonderful memorials and even though we are from t' North we can appreciate and look with tint envious eyes of the wealth of wonderful war memorials our nation's capital has to offer.

Check out this brilliant article in The Guardian for London memorials 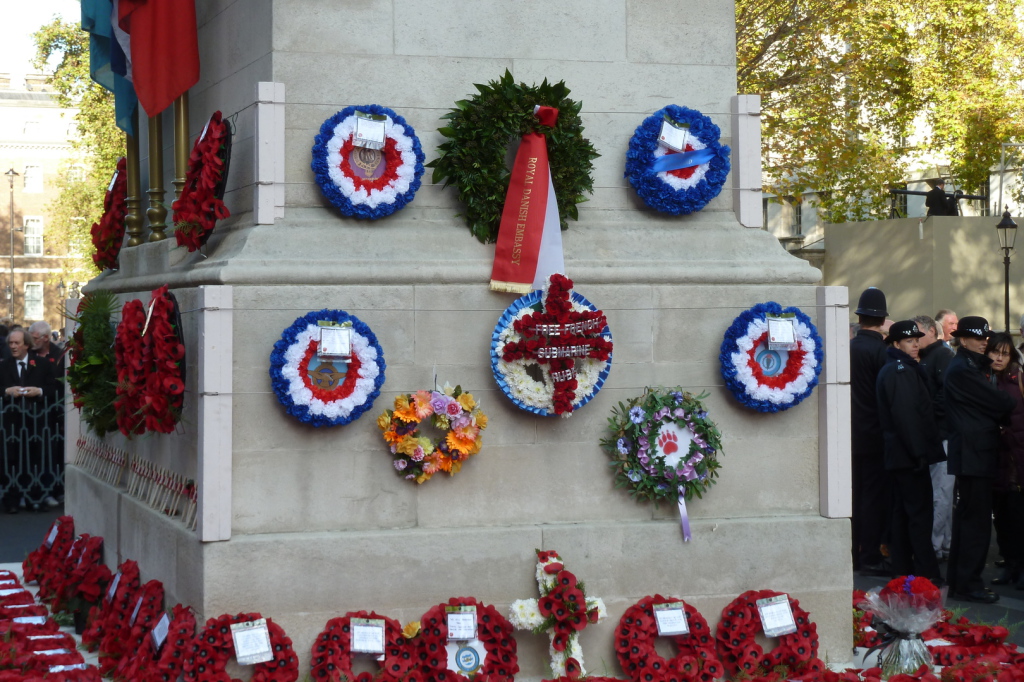 The Cenotaph on Remembrance Sunday

The Cenotaph is a war memorial situated on Whitehall. It began as a temporary structure erected for a peace parade following the end of the First World War but following an outpouring of national sentiment it was replaced in 1920 by a permanent structure and designated the United Kingdom's primary national war memorial.

Designed by Edwin Lutyens, the permanent structure was built from Portland stone between 1919 and 1920 by Holland, Hannen & Cubitts, replacing Lutyens' earlier wood-and-plaster cenotaph in the same location. An annual National Service of Remembrance is held at the site on Remembrance Sunday, the closest Sunday to 11 November (Armistice Day) each year. Lutyens' cenotaph design has been reproduced elsewhere in the UK and other countries including Australia, Canada, New Zealand, Bermuda and Hong Kong. 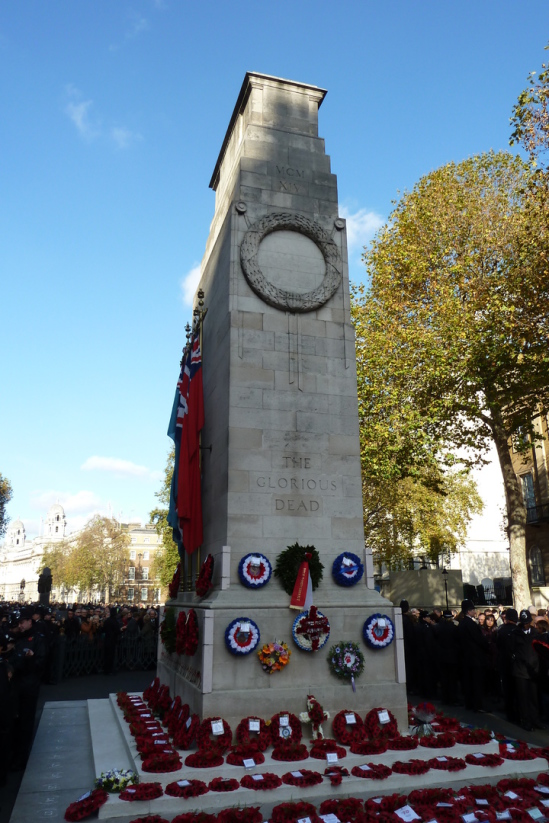