Frank de Planta has had an interest in military history since childhood and has run battlefield studies in Spain, France and Italy.  He read Modern History at King’s College, London and was commissioned into The Royal Anglian Regiment in 1984.  He retired in 1991 and joined the Territorial Army during which time he commanded East Midlands Officers’ Training Corps in Nottingham.

Fred Majdalanay’s personal account of Cassino sparked an intense interest and he now devotes much of his free time to this fascinating and highly controversial series of battles that, ultimately, led to a costly breakthrough in May/June 1944.  His interest then shifted to include Anzio, a part of the Italian Campaign that is inextricably linked to Cassino.

In 2010, his projects included working with Wall to Wall, the production company for the BBC 1 series 'Who Do You Think You Are?'.  His project for 2011 was researching the route of 1/6 Surreys from the fall of Rome in June 1944 to the capture of Forli, in northern Italy, in October 1944.  During 2012, he completed research for the Battle of Salerno in order to include it as a study.  For 2013, he researched 1 Canadian Infantry Division's assault  on the Hitler Line on 23 May 44 and during 2014 he has been examining in detail the 128 (Hampshire) Infantry Brigade crossing of the Garigliano on 19 January 1944 as part of the assault on the Gustav Line.

If you would like more information about cassinobattlefields or to obtain a booking form:

Post.  Hall Cottage, Sutton on the Forest, York, YO61 1DP

MMHS is a reincarnation of the Manchester Tactical Society founded by Spencer Wilkinson in the 1880s while a journalist with the Manchester Guardian. He went on to become the first Chichele Professor of Military History at Oxford.

We are an informal group united by a common interest in military history. All are welcome regardless of age, sex or ethnicity. There is a small admission charge of £3 per lecture to cover venue rental costs.

Each month we have a speaker on a military related subject followed by a discussion around that subject or related topics. Many of our speakers are published authors and professional historians

An wonderful organisation, who I am a member - that is dedicated and committed to the preserving, safe-guarding and conservation of Salford’s war memorials.  From Worsley to Weaste, Wardley to Winton, Langley to Little Hulton – all memorials are in good hands with this wonderful bunch of people.  You can also follow them on Facebook.

Les Turner's fantastic site to the heroes who are amongst the few who have won the Victoria Cross. Les's aim for his site is to have an entry for each man that has received the VC. As time goes on, he is hoping to have photos of the man, his headstone and memorials and other general bits of information.

This the story of 18 Allied Prisoners of War who for a short while (following the D Day landings and Normandy fighting) in 1944 were held in a wooden shed in Normandy.

One of the best websites dedicated to the memory of the fallen.  I applaude and salute the wonderful work Pierre has done on his site. This site is now becoming an important tool in the memory of preserving the war dead.

A wonderful local family history site regarding the Wallwork family of Swinton, nr. Manchester.  The research into the fallen of the Great War is second to none and a credit to Lizzie and her family.

Garry's great site about a gem of a memorial, in Salford. In his own words Garry says

I became interested in the memorial after discovering that I had four great uncles commemorated on the column having served during WW1. After many months of research I was happy to see that all four survived the Great War and began to ponder the fate of the other men inscribed.

In an attempt to find out more about these brave men I have created this site. It is believed that the front of the memorial is inscribed with those that died during WW1 and the other three sides are the men that served. As the memorial was unveiled before the end of the war and the Commonwealth Grave Commission recognises deaths after 1918 (up to 31st August 1921) there are men who will be moved from "served" to "killed in action". 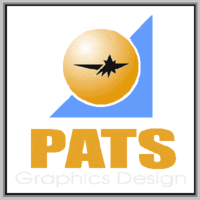 Teunis Schuurman is a researcher dealing with The Netherlands in WWII.  He helped us reseach graves for crashed bomber crew in the Netherlands. He is also a graphic designer so far he has helped 507 with his WWII research. 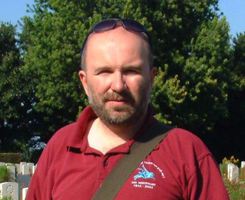 Paul Reed is one of the best WWI and WWII guides/Historians that I know.  He has helped Kevin and I via the Great War Forum and is "The Man".

Born in Sussex, England, Paul Reed is in his late-40s and has a life-long interest in military history. Encouraged by some good history teachers, he spent his teenage years interviewing veterans from the First World War and from this developed a great interest in the period. Over the next decade he acquired an unrivaled knowledge of the battlefields of the Western Front in France and Flanders, and was very active within the Western Front Association: regularly giving lectures and talks, and was at one time the Chairman of the Sussex Branch WFA. In the early 1990s he bought a house on the Somme with his wife, Kieron, and living in the middle of the battlefields was able to expand his knowledge even further. In the past few years he has lived between this house, and his home in the South-East of England.

Today he is one of the leading historians on the subject of the First World War and has currently published seven books on the subject, including the critically acclaimed Great War Lives and Walking the Somme.

In 2001 Paul appeared on the BBC2 Meet The Ancestors programme 'Forgotten Battlefield' and since then has worked on many other programmes, including documentaries about D Day, Gallipoli and the war poet Wilfred Owen, and worked on some of the History Channel's first podcasts. In 2008 he worked on a number of programmes for BBC1 and BBC2, and in 2009 worked on a new Timewatch, the US version of WDYTYA, Andrew Marr's History of Great Britain, as well as a BBC1 series about 1940, Dig 1940. In 2011 Paul worked on Dig WW2 for BBC2 and in 2012 was lead historian on Channel 5's 'WW1 Tunnels of Death' as well as being consultant to 'War Hero In My Family'. He is currently working on WW1 projects for 2014-18

Burnley in the Great War is a sight dedicated to the effect on the town of Burnley, in Lancashire of the Great War. The site includes a full roll of honour to the men from Burnley who were killed during the war.

January 2016 saw the official opening of the ‘Stories of Sacrifice’ exhibition, dedicated to the bravery and sacrifice of hundreds of thousands of Muslim soldiers who fought for Britain in World War One (WW1).