The Battle of Varusschlacht (also known as the Battle of Teutoburg Forest) was made famous by the Ridley Scott film "Gladiator" - The opening battle where Russell Crowe fights in Germany (Germanicus), the site is near the town of Kalkriese in Germany and according to the website blurb is "Recognised as one of the most important archaeological sites in Europe.

Gerry loves things like this, bless him he really does, where I have issues with them as you will see below.  Now, I am trying my hardest to make the NMBS website as professional as I can, and these views are my own. However trying to find something positive to say about the Varusschlacht site is hard in my opinion. Varusschlacht does not know what it wants to be. Is it a museum, a country park, a kiddie play area, an observation tower?

I am sorry the owners of Varusschlacht I have not been since 2005 and you could have changed, so please anyone reading this check the website www.kalkriese-varusschlacht.de and go for yourself.  Gerry did like it and so (I think) to a degree Kevin and Lance. To be courteous I have given some more information and added some pictures. 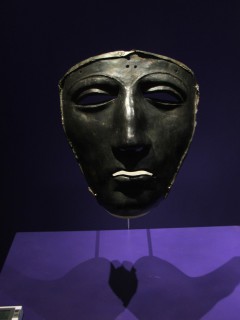 In 9 AD, during the reign of Augustus, an event took place that literally changed the course of Roman and European history. It happened in Germany at a place known as the Teutoburger Wald (Forest).

The event was a battle involving the newly appointed Roman governor of Germany, a Roman army of approximately 16,500 men, 3 German tribes and a man who later came to be seen as the savoir of ancient Germany. By the time the battle was over, the governor was dead by his own hand and 3 Roman legions, along with 3 cavalry and possibly ten thousand camp followers, were utterly decimated. When the news reached Rome, the shock to the emperor and the Roman people was profound and long lasting.

The battle is known also The Varus Disaster, named after the governor of Germany and commander of the legions. That the battle took place was known through historical records, both Roman and German, but exactly where it happened was not known. It is only within the last few decades that archaeologists have been able to identify the general area and within the last 10 years, possibly pinpoint the various locations of the battle.

This was a period where Rome was aggressively expanding and pushing the borders of the empire into northern Europe. The Rhine River was not considered a border; rather it was a stepping stone to further conquests to the north. At this time, both Drusus and Tiberius led extensive campaigns to conquer the territory and bring it into the sphere of the empire.

The Museum along with its observation tower that does have outstanding views of the area (standing 40 metres high), opened in 2002. It hosts a permanent exhibition, alongside two lecture halls. It records the battle and the archaeological and scientific research.

When we visited exhibitions in tower and foyer of the museum offered more detailed information on various aspects of Varus, although the information boards were in German only at times, which was confusing.

The park is dedicated to the llife and works of the first German Nobel Laureate for literature Theodor Mommsen who died in 1903. The well-known German historian and politician published in 1885 his beliefs on Kalkriese being site of the Varus Battle.In 2005 the Museum and Park was awarded the European Heritage Award in the category “Archaeological monuments” up to now the only archaeological institution in Germany that was awarded this prize. For this reason the museum presented the Kalkriese Culture Week.

In 2006 they added “The antique world of plants”, A Botanical garden was created, with specialised plants grow that characterised flora in the Roman Empire.

In June 2013,an exhibition about gladiators opened, and that made me think that Gerry liked Varus for the quote from Airplane...