During my family holiday in 2007 whilst in the South of France I took advantage to look at the area surrounding the less well known second invasion of France codenamed “Operation Dragoon”  Churchill argued that Operation Dragoon diverted resources that would have been put to better use in an invasion of the oil producing regions of the Balkans and then possibly to other Eastern European countries.

In addition to further limiting Germany's access to much needed oil, it would also have better positioned the West for the peace following World War II by liberating these areas from the German occupation and forestalling the Russian Army. He was thinking about what was to happen after the war rather than just simply ending it quickly. It is quite ironic that the British and the Americans still have the same problems today. The recent invasion of Iraq depicts this as the Americans did not think about the consequences of the invasion and disbanded the Iraqi army whilst the British said they should use them (as they used the Japanese to retain order after the liberation of Singapore) in helping keep the peace in Iraq.

The area chosen for this was Provence and was to be carried out on 15th August 1944.

In the first days, 250,000 men, and thousands of tons of equipment, were landed on the beaches between Toulon and Cannes. The overall armada consisted of 2000 ships, 3 American divisions (36th, 45th and 3rd Divisions) and the 1st French Army of General de Lattre de Tassigny, all under the command of General Alexander Patch of the 7th Allied Army. The 6th American Army Corps of Major General Lucian Truscott landed the same day.

The American troops landed on the 15th and the French on the 16th. Below shows a picture of Americans landing on the Coast.  They are using the small landing craft and bigger landing craft ships. There is still a landing craft on the edge of one of these beaches near Saint Raphael on the coast as an memorial to all those who landed.

Picture of a memorial to Colonel Parker and his troops and I am assuming a private memorial to William Ketchens from the 1st Ranger Battalion who landed at 8.30am on 15/08/1944.  This lies at the front of the landing craft. Unfortunately the inside of craft was not accessible so I could not get a feel of what was probably awful waiting to get ashore

The Americans had to cross these defended beaches and the defences are still in evidence today. It is worth noting and sad to point out that all these beaches are now packed with tourists who probably are ignorant of the sacrifices made on the very beaches by young men so that they can lie in the sun.

In order to protect the allied landings on the coast of the South of France and to capture the key roads leading north, an impressive airborne drop was made on the night of the 14th to the 15th August 1944, 25 km behind the German lines, in three zones around Le Muy. This mission was entrusted to the first Airborne Army, under the command of the American General Robert T. Frederick.

10,000 Parachutists, mostly Americans, but also the British Second Parachutist Brigade, and a group of French pathfinders from the First Storm Battalion, jumped into enemy-held territoryTo reinforce the paratroopers, close to 500 gliders, both American WACO type and English HORSA, left from Italy towed by C 47 transport planes and brought in heavy equipment, jeeps and supplies, to help the paratroopers hold the strategic and vital town of Le Muy. In essence this was the important crossroads for all roads north.

The landing zones were relatively clear in 1944 but are (now like most non-built up area’s) covered in vines producing the excellent local wines or have been replanted with trees. Below is a picture of one of the landing zones. The first town to be liberated in Southern France was La Motte which is a very small and quiet town, but its holds its place in history proudly.

The British, French & American Paratroopers moved on to capture the key crossroads at “Le Muy”. There is an excellent free museum dedicated to the operation here.

There is an excellent letter written by one of the British Officers who tried to get the Germans to surrender in the museum—worth the visit just in itself. There are the usual exhibits but it was still excellent because it was about the liberation of the town itself rather than the overall operation. It was also just about the paratroopers.

Every year on 15th August (liberation day) they have a festival and the guest of honour is one of the surviving paratroopers. Put up at the towns expense. It was really nice to hear they take it so seriously and are still extremely grateful to those young lads who fought and died here so many years ago.

Link to museum is here - http://www.lemuy-tourisme.com/uk/historic/musee 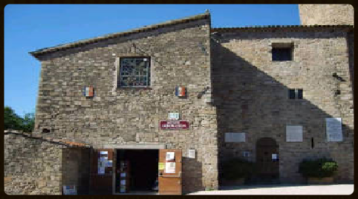 The historic town of Draguignan was liberated by American paratroopers in conjunction with the local French resistance group who captured the German general in charge of their defences in Southern France.

The American Rhone Military cemetery is there as well. As usual they brought a lot of their dead from far and wide to be buried here. There lots of airmen who had been shot down here from 1943 onwards plus some of the lads who fought here. They are not all here because American families have the right to bring their dead sons home to be buried locally.

One other thing though, is that they have an excellent collection of books in their office, which gave a lot of background information to and of the invasion itself. So much so that copies of the actual field reports written by soldiers are bound in volumes-excellent reading for those wanting to know more. There is also a copper type plaque which gives the movement of troops from the invasion to the link up with the rest of the allies up north.

The British and Commonwealth war dead are buried at Mazargues War Cemetery in Marseilles. As is the case with the CWGC there is a mixture of first and second war graves. But unusually there are a lot of Chinese, Indian and Egyptian troops buried here as well. Marseilles was the Base of the Indian troops in France during the 1914-18 war; and throughout the War the Royal Navy, the Merchant Navy, British troops and Labour units worked in the port or passed through it.

Four of the town cemeteries were used, in the main, for the burial of officers and men of the Commonwealth forces who died at Marseilles. At St. Pierre cemetery, on the East side of the town, the bodies of Hindu soldiers and labourers were cremated in 1914-16.

Le Canet old cemetery and Le Canet new cemetery, on the North side, were in 1917-19 the places of burial of Indian soldiers and Indian, Egyptian and Chinese labourers. Mazargues cemetery, on the South-East side, was used less in the War; but before the Armistice an Extension was made, to which were removed, a little later, the bodies or ashes from the four Town cemeteries and from Port St. Louis-du-rhone communal cemetery. There are now 1,487, 1914-18 and 267, 1939-45 war casualties commemorated in this site. The cemetery covers an of 9,021 square metres.

The operation was a phenomenal success. Within two weeks the Allies had captured 57,000 prisoners and opened the major ports of Toulon and Marseille at a cost of less than 7,000 casualties. Patch's Seventh Army DRAGOON forces then advanced nearly 400 miles north up the Rhone River Valley toward Lyon and Dijon, capturing Lyon on 3 September. In less than one month, on 11 September, they linked up with Patton's Third Army west of Dijon, creating a solid wall of Allied forces stretching from Antwerp, Holland to the Swiss border. Four days later, DRAGOON forces were reorganized into the 6th Army Group, under the command of Lt. Gen. Jacob L. Devers, reinforcing Eisenhower's force in Europe to three full army groups.

Measured against its military objectives, Operation DRAGOON was an outstanding success. Gen. Patch's Seventh U.S. Army annihilated Hitler’s 19th Army, captured over 100,000 German prisoners, liberated the southern two thirds of France and linked up with the Normandy invasion forces, all within thirty days. Until the port of Antwerp was opened in November 1944, the ports of southern France were the source of more than one-third of Allied supplies in Europe.

But Allied resources earmarked for Italian operations, already considered of secondary importance, steadily diminished after DRAGOON. The 15 August operation stripped seven first-class divisions, three American and four French, from Italy, confirming that Italy was a holding action of little importance. Churchill always believed Operation DRAGOON was a blunder that shifted the Allied focus away from the Mediterranean, thereby setting the stage for Soviet post-war domination of Eastern Europe.